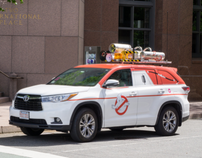 Have you ever set up an interview with a promising candidate who never showed up? Has a potential new hire quit responding to your emails and phone calls? This behavior is known as ghosting and it’s happening more frequently as the job market strengthens.

In August, 3.6 million people voluntarily quit their jobs in search of better pay, better hours or a better cultural fit.  In a market flush with opportunities, candidates have no trouble securing multiple job offers and an increasing number of them don’t bother to communicate when they choose not to accept a job. It’s a disturbing trend, but what can employers do about it?

Why Candidates Get Spooked During the Job Hunt

Demand for qualified talent is at an all-time high, with the U.S. Bureau of Labor Statistics reporting 7.1 million job openings in August. That means candidates have their pick of opportunities, especially those in highly competitive fields like IT and healthcare. Unfortunately, growing numbers of those candidates walk away from interviews and email conversations without a trace – like a ghost. But why?

According to SHRM, the three most common reasons candidates decline a job offer are:


But declining an offer is a far cry from disappearing without a trace. So why would a candidate blow off an employer without so much as a polite email?

It could be a cultural carryover from social interactions where no response has become a response in itself. It could be a failure to recognize the future ramifications of creating bad blood with a hiring manager. Or it could simply be that candidates don’t know how to say no.

Whatever the reason, it’s a costly trend that needs to be addressed.

Ghosting costs your company time and money you can’t afford to waste. The good news is that the engagement strategies you already use in your workforce can also help you address a ghosting problem. Let’s look at 5 ways to engage candidates before they go silent.

Ghosting is not limited to employment situations. It’s a cultural phenomenon, and overcoming it will require a mindset shift on the part of both employers and candidates.

That’s actually great news, because there’s a lot you can do to implement proven engagement strategies in the recruiting process before you become the victim of a ghost.